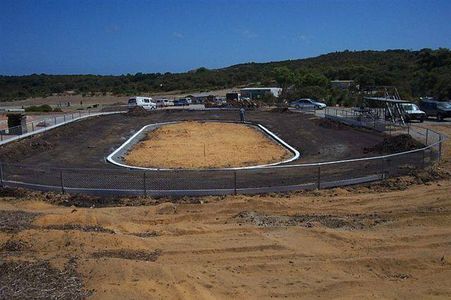 Flashback to 2006 when the track was constructed in Gemma Road.

In 2006 the Association sourced land in Henderson and became part of the WARMS model precinct in Gemma Road. In the decade since its establishment the venue has developed into a world class facility, the best in the country for 1/4 scale speedway.

In season 2016/17 we celebrated 10 years of racing at the HENDERSON SPEEDWAY with a special 'A Decade at Hendo' anniversary event on 17 December.

We all look forward to the next decade and beyond to celebrate this fantastic association and the sport of RC speedway racing.

Some images from the early days of West Oz.

The original track was constructed near the defunct Waroona Speedway site in 2005. 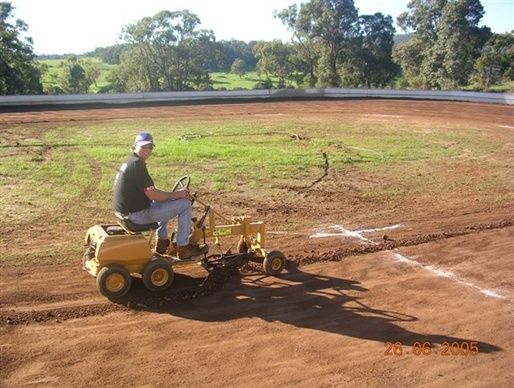 Rick Triplett works on the track at the picturesque Waroona circuit. 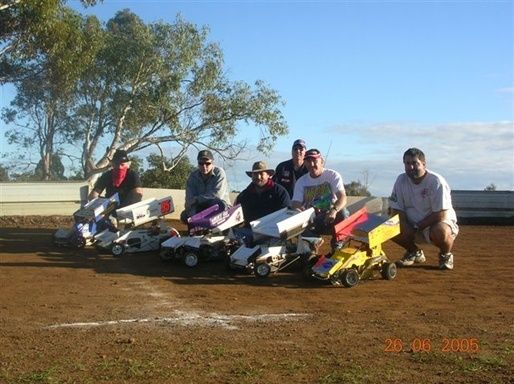 The tranquil scene in the pits at Waroona.